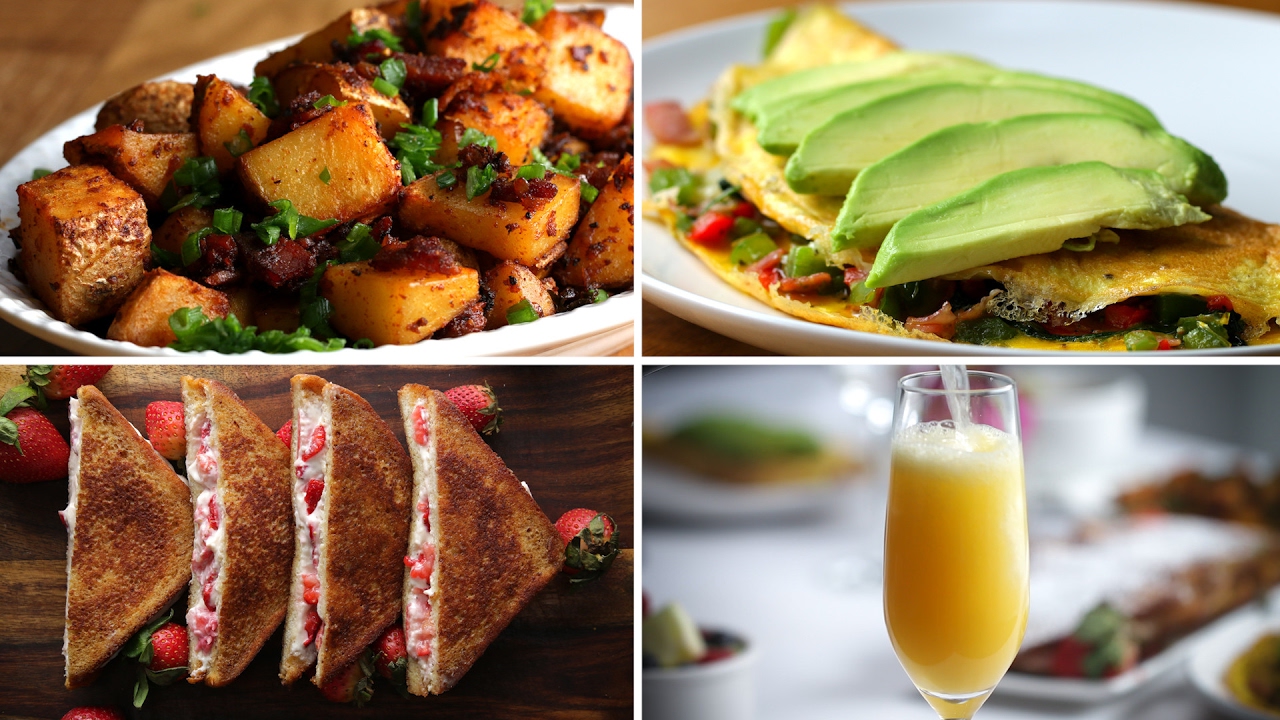 Here is what you’ll need!

PREPARATION
Preheat oven to 425°F/220°C.
Combine all ingredients in a 9×9 square baking dish and mix evenly.
Bake for 30 minutes, flipping every 10 minutes.
Serve!

PREPARATION
Combine the cream cheese, powdered sugar, strawberries, and vanilla extract in a bowl and mix until there are no large lumps of cream cheese.
Spread a large spoonful of the mixture in the center of two bread slices, then cover and press with the other two bread slices to make two “sandwiches.”
In a separate bowl, beat the eggs with the milk, sugar, and cinnamon until the cinnamon is evenly distributed.
Melt half of the butter in a pan over medium heat.
Dip one of the sandwiches into the egg mixture on both sides, dripping off excess, then place it into the hot pan. Cook until both side are golden brown, then repeat with the remaining butter and the other sandwich.
Sprinkle with powdered sugar and serve with strawberries!
Enjoy!